At Australia Cosmetic Clinics, we believe in helping men and women to achieve their own individual vision of beauty through a range of safe and effective cosmetic surgery procedures.

Liposuction, also known as liposculpture, lipoplasty or suction assisted lipectomy, is a body contouring procedure that can slim hips and thighs, flatten stomachs, eliminate double chins and even shape calves and ankles. It’s an extremely popular procedure on account of the combination of simple surgery and great results it offers.

How does it work?

Basically, your doctor will make a small incision in the problem area, and suck the excess fat out through a tube. Contrary to popular opinion, liposuction is not a miracle weight loss tool. Instead, it’s used to target particular areas that aren’t responding to exercise or dietary changes, or that tend to store fat. Some of the most popular uses for liposuction include:

If there’s something in particular that you don’t like about your body, there’s a good chance liposuction can fix it.

The Advantages of Laser Liposuction

At Australia Cosmetic Clinics, we use only the most advanced techniques. In this case that means deploying proprietary laser lipolysis technology that you might not get elsewhere. Traditional liposculpture removes fat from the body with suction. Laser liposuction however actually ruptures and melts fat cells with laser power before removing them. This means it can be sucked out with a substantially narrower tube and requires a much smaller incision, while simultaneously allowing the surgeon more accuracy and finesse to fix problem areas. In addition to this, the laser also causes blood vessels to immediately coagulate on contact, so there’s a lot less bleeding, bruising, swelling and recovery time. 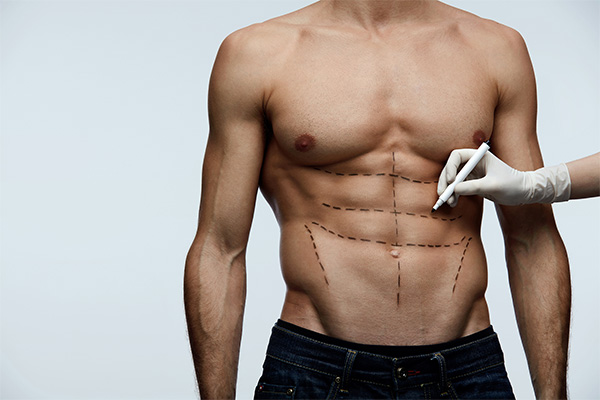 Abdominal etching is a liposuction procedure that claims to sculpt and enhance the appearance of your waistline and create six-pack abs.

Liposuction, also known as lipectomy or lipoplasty, is a procedure that improves the body’s contours and proportion by removing excess fat deposits to slim and reshape specific areas of the body. Common areas targeted include thighs, buttocks, abdomen, arms, neck and under the chin.

We’re welcoming new patients and can’t wait to meet you.